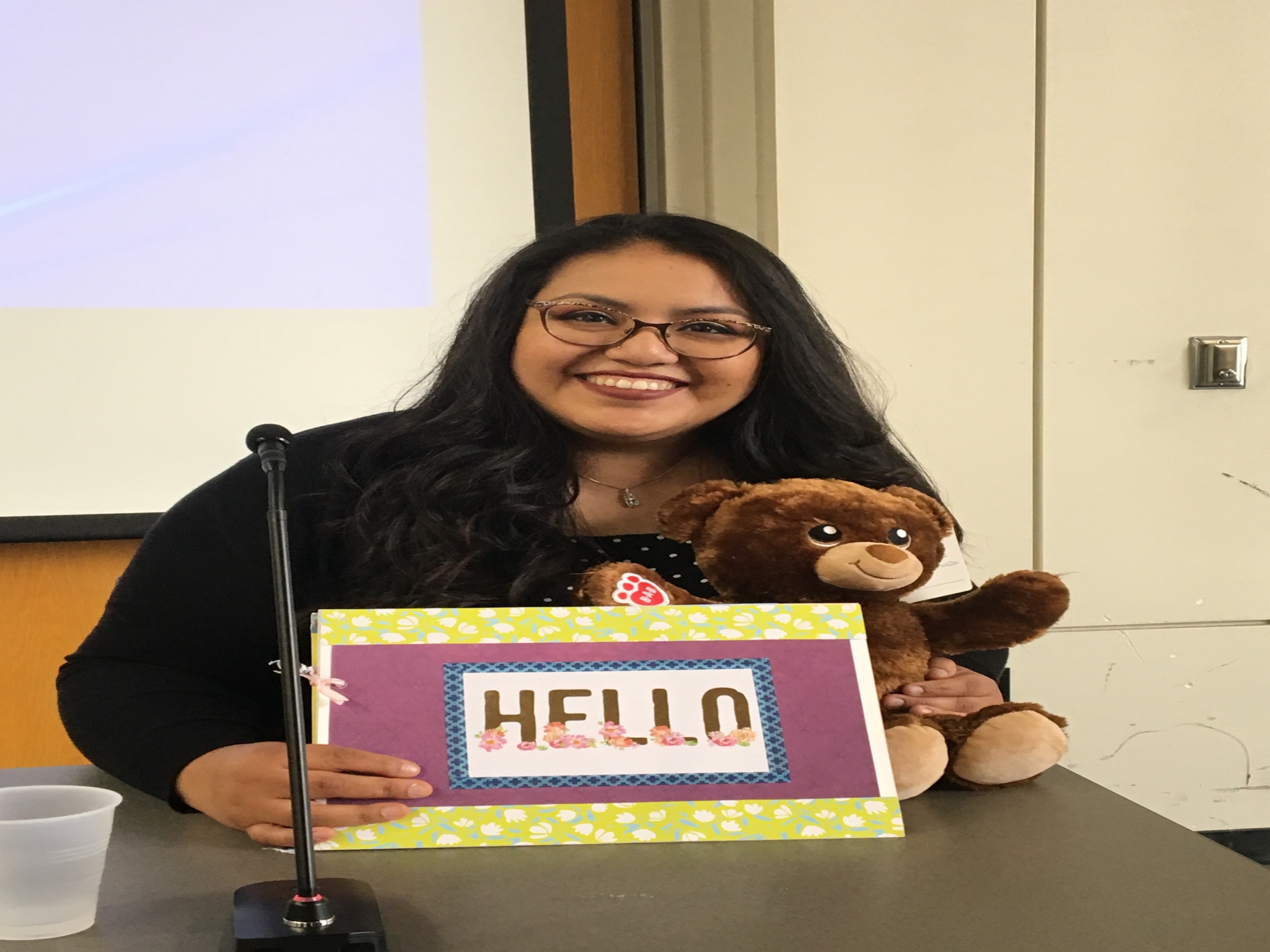 Steinbeck Chapter: Looking Towards the Future

By Amber Paluszynski and Ondine Gage // Originally published in July 2019

As we come to the end of the second decade of the 21st century, the landscape for TESOL professionals has changed dramatically. From a burgeoning profession in the 1980s, we now find fewer and fewer viable graduate programs. Since 9/11, the intensive English industry has largely moved to other countries. As many of us have repurposed our TESOL training, the situation has led us to consider what unique skills do TESOL professionals provide to other areas of society? In response, the Steinbeck Chapter has shifted our focus to providing professional development which considers the ways in which we bring our unique set of TESOL knowledge, skills, and attitudes to a variety of social contexts. For our spring 2019 event, we offered a presentation and panel titled, “Education and Social Justice; The Role of Civic Engagement, Service Learning and Interculturality."

The genesis of this event spawned from conversations regarding ESL for the incarcerated community. We sought to share stories of restorative justice practices. From these conversations, the theme Education and Social Justice emerged. Our colleague and former chapter coordinator, Netta Avineri and colleagues have just published an edited volume, Language and Social Justice in Practice, which was the centerpiece for the half day event. Moreover, we included several presenters who informed the audience regarding the ways in which they contribute to the incarcerated community, drawing on a skillset of compassion and sensitivity while employing their teacher knowledge. In this summary of presentations by Amber Paluszynski, a CSUMB College of Education student, she describes what Edward Brown, Elizabeth Gallardo, Allison Castellanos Hernandez, and Greg Ludwa, meant to her.

Edward Brown, a continuation educator in the Monterey County Jail, spoke on the panel about the issues and methods he experiences and uses in his work. The diverse groups he interacts with require an open mind and willingness to accommodate the various emotional and legal burdens the students often bring into the classroom. For Brown, differentiated instruction is important for teaching in this context, i.e. gauging the various levels of ability in order to build up and reinforce students’ previous knowledge and self-confidence. Often he encounters students who are self conscious about their own abilities, but he works diligently to keep the classroom a safe and supportive environment dedicated to English language learning and development. Brown’s tips for educators of incarcerated students include: start immediately to build rapport and gain trust, show the students that you actually like your job, always exude kindness and sensitivity, leave your own past and biases outside the room, tread carefully around family topics, accept the slip ups, never risk a confrontation, keep the classroom atmosphere light and enjoyable. He shared that the most common question he is asked about his specific line of work is whether or not he is scared when going to work each day. His response was simple, yet powerful and universally true: You give respect; you get respect.

Elizabeth Gallardo, a case manager at Restorative Justice Partners (RJP) spoke about the Victim Impact Program (VIP) at the Monterey County Jail. Gallardo educated the audience on the difference between retributive and restorative justice; Retributive justice has been more prominent in the current justice system and is based on simply identifying a crime victim and quickly punishing a perpetrator. The restorative justice model is about supporting a victim in healing while also rehabilitating the perpetrator. The described ten week course offered is multifaceted and explores the impacts of various crimes, brings in victim representatives, and actively involves facility personnel. Gallardo explained that VIP was “more about how to forgive than anything.” Restorative Justice Partners also offers documents to the public listing local support for survivors of crime, training for mediators, and teacher training in restorative justice practices.

Allison Castellanos Hernandez, a recent Liberal Studies graduate of California State University, Monterey Bay, shared her capstone project. Castellanos Hernandez had been introduced to the unique population of children with incarcerated parents while employed by Camp Suzanne, a program aimed at facilitating the connection of a child with their incarcerated parent by providing transportation and support services through the process. Her project looked into ways that the interaction between child and parent could be made easier and less stressful for both parties. Castellanos Hernandez used her project as an opportunity to spread awareness about the 5 million children who are affected. The middle ages (6 to 12), she explained, have the most difficulty with separation and development of relationships with their incarcerated parents. Her curriculum proposed reading related materials with high school aged students and then leading them in creating bags for kids in programs like Camp Suzanne and Get On The Bus, a similar program. The bags included a memory book to be filled out by the child during the trip to visit their parent, a teddy bear for comfort, and art supplies to help fill the often lengthy travel times. Castellanos Hernandez concluded the talk with her hopes of expanding the project through volunteer and donor support.

Greg Ludwa, a veteran educator of 22 years with experience in both the public and private sectors, spoke on his experiences working with incarcerated students. Ludwa works primarily with youth and young adults who are attempting to finish their general education and earn time off their sentences. He provided a break down of the education system inside the jail system, how it compares and contrasts with typical settings. For incarcerated adult students, education is a privilege and it can be given and taken at a moment’s notice. Classes can easily be interrupted by a lock down, which makes the sessions inconsistent and can disrupt the flow of a lesson. The biggest struggle he faces with helping incarcerated students through the GED program are the personal issues his students struggle with that impede their participation in class. Despite the challenges, Ludwa prefers this population of students because the programs are about providing access and equity. He reiterated Edward Brown’s thoughts on teaching in jail, “teachers are not attacked in jails, they are seen as helpful.”

Dr. Netta Avineri, a professor at The Middlebury Institute of International Studies at Monterey, concluded the panel with a presentation on the intersection of language teaching and social justice. She began by having the audience ‘preflect’ and share their own ideas of social justice, and spoke about her recent publication, Language and Social Justice in Practice, and the various topics covered in it. In her work, social justice is defined as people being able to “recognize inherent bias…[then] making sure access and equity exist for all.” Dr. Avineri described the misunderstanding of the language gap, a concept critiqued by linguists because of the deficit perspective it places on children growing up in lower socioeconomic homes. In fact, engagement in literacy (defined as genuine enjoyment of reading and as a result extensive reading for pleasure), regardless of socioeconomic status, that allows an advantage.

Dr. Avineri also discussed her experiences in guiding her own students through their community based service where they interact with people from lower socioeconomic backgrounds. In their service and research, she encourages her students to focus on fostering dispositions of critical empathy, negotiating reality, ethical engagement, partnership orientation, appreciative inquiry, and action research.

The goal of teaching social justice is so that students will carry these dispositions into their communities and lives. The goal is to initiate a shift towards a consistent attempt to better understand one another and support the lives of people around them in all their endeavors.
Site Map   Contact Us